Its been a busy week for Vibetown that’s for sure… the last of our hat trick of gigs saw the band travel through the Peak District to play a great Wedding Reception @  The Devonshire Dome… WOAH! What a venue! Was the first time Vibetown have played here, and hopefully we will play here loads more in the future. The venue has to been seen to be believed… its a fantastic old building from the 1800’s shaped in a dome (similar to The Corn Exchange in Leeds) and is now an active Wedding & Function Band Venue as well as being apart of Derby University. The Wedding Breakfast and evening reception’s layout can best be described as ‘Open Plan’… you’ll see what we mean from the pictures below. The evening reception went off with a bang and the band opened with the first dance, which was a mash up of Sister Sledge, Chic & Kool & The Gang tunes… people were loving it! We also made sure to include a few requests by Beyonce & The Darkness also, great tracks! 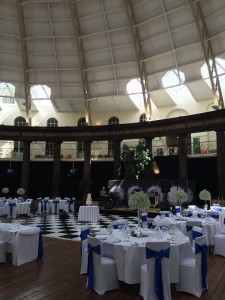 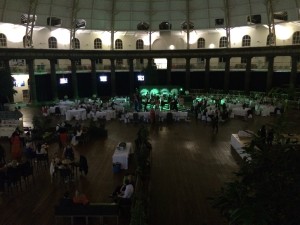 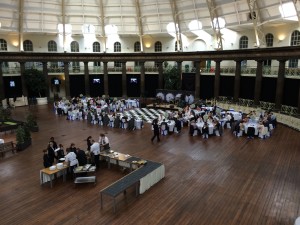 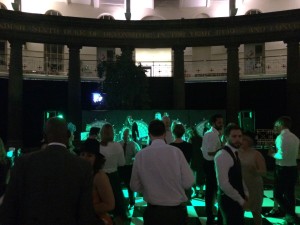 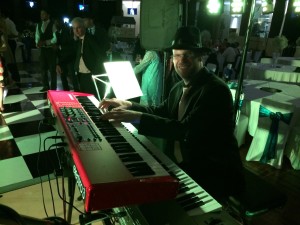 “Massively impressed with Vibetown, couldn’t of asked for a better band! From the first note people were dancing and going crazy. Loved the choice of songs and the performance was faultless. If you are sitting on the fence about booking them then get off of it and do it before someone else snaps them up! END_OF_DOCUMENT_TOKEN_TO_BE_REPLACED