It’s been another busy week for everyone in the Vibetown camp… We’ve been all over the shop this last week! We’ve done Wedding & Party Function Band Gigs in Worksop, York, Wedding Party Band Hire Lytham, Huddersfield and Nottingham… We’ve certainly racked up the miles! We’ve done a number of new venues and also made a return visit to a few more. We’ve done a fantastic Wedding Party Band Hire Lytham gig in Nottingham @ Tom Brown’s Brasserie and also at Bondhay Golf Club in Worksop… Both great venues that we’ve not played before! Can’t wait to play some more Weddings and Party Function Band Gigs here again. We also made a return visit to The Grand Hotel in Lytham St Anne’s for a rather plush Wedding gig. We played here for a 21st Birthday Party back in April, so it was great to find ourselves back again after only a few months.

We are also available for Jewish Weddings in Manchester, Leeds & Harrogate as well as a Party Christmas Function Band in Leeds, York, Harrogate & Manchester. If you are interested in hiring Vibetown as a Wedding Party Band Hire Lytham for your event then drop us an email via out contact page, we’d love to hear from you! 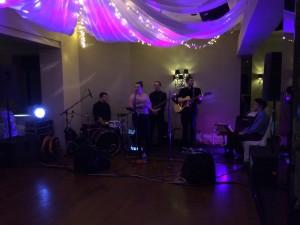 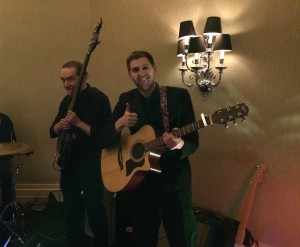 "Vibetown played at our wedding on 14th June and they were absolutely fantastic. Right from the first contact, Dan was incredibly helpful and on the day the whole band were so professional and the music had everyone dancing for the whole night. I think we were described as one of the rowdiest crowds they have END_OF_DOCUMENT_TOKEN_TO_BE_REPLACED