Vibetown played another cool gig last night @ The Woodlands Hotel in Leeds… another nice local one for us! What week its been of local gigs, we aren’t complaining! Vibetown have played at The Woodlands Hotel loads of times before and infact are one of only a few bands that are allowed to play there and get actively recommended by the venue to clients. Its was a slightly unusual gig in that we only played one full set as a band and started the evening off with a solo acoustic set from Laura Oakes. We usually perform two sets as a band, but this arrangement worked out pretty well as it warms the crowd up nicely before we kick off with a full live set. It was great only playing one condensed set as it allowed us to play the very best tunes, you could think of it as a Vibetown Greatest Hits set! The crowd loved what the band did and there was a lovely relaxed and enjoyable atmosphere throughout the whole night. A great gig at a great venue to an awesome crowd! More of these types of gigs please 🙂 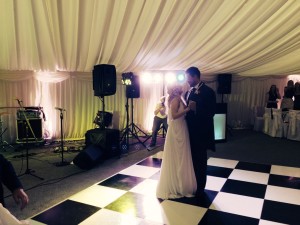 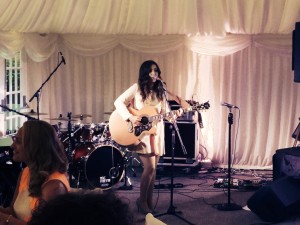 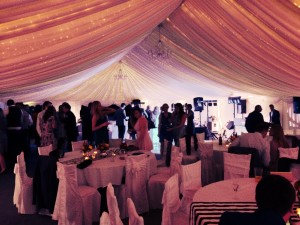 “Huge thanks to Vibetown for playing on our big day. You guys were amazing! The dance floor was filled pretty much all night and we loved the selection of music that you played”