In the last week Vibetown have managed to play at two unusual but amazing Wedding Band Venues, which is quite a feat. Last week the band performed at The Devonshire Dome in Buxton, Derbyshire… easily one of the most impressive Wedding & Function Band Venues we have ever played in! This week however, we played at a slightly smaller but no less impressive venue in Liverpool called The Palm House in Sefton Park. The venue is a historical Jewel in the history of Liverpool and really is quite something to behold. Built in 1896, The Palm House contained a variety of exotic plants and trees from all over the world with bronze and marble statues of world famous British Explorers. The venue feel into a state of disrepair in the 1980’s and was closed down, but was thankfully restored and reopened in June 1992. Ever since then, The Palm House has been popular visitor attraction at Sefton Park and has turned into a popular Wedding, Function, Corporate Event and Live Music venue. If you are looking for a venue that is both quirky and capable of housing a Function & Wedding Band Hire then def keep this place in mind! The band arrived early in order to set up and soundcheck before the late afternoon ceremony and we returned later on that evening to perform two storming sets for the evening guests. It was an intimate affair with maybe only 100 or so guests, but everyone enjoyed it and were up dancing! The Bride & Groom had travelled from Australia for the wedding as had a lot of the grooms family. The bride was from the UK, but her other half was a born and bred Aussie! The stage with Vibetown played on was surrounded by exotic plants and trees, including huge 60ft tall Palm Trees as well as birds and native wildlife who had managed to sneak in. It was certainly and unusual setting, but a fantastic one to play in and be amongst. We hope to make a return visit to this venue in the future, we would definitely love it it was a regular occurrence! If you are looking to Hire A Wedding Band in Liverpool 0r for Function Band Hire in Liverpool then keep Vibetown in mind. 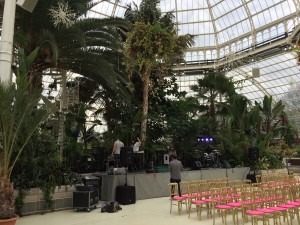 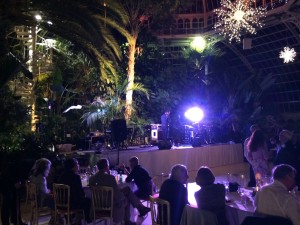 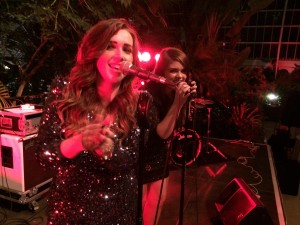 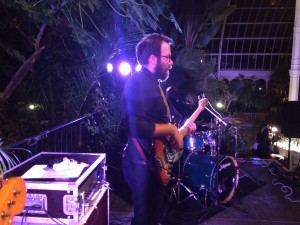 “Just wanted to say that we were blown away with how good you all were last night. The demos are great but seeing the real thing was 100 times better. We were so impressed by everyone and the chemistry in the band and it’s made us so excited that you’re playing at our wedding at END_OF_DOCUMENT_TOKEN_TO_BE_REPLACED